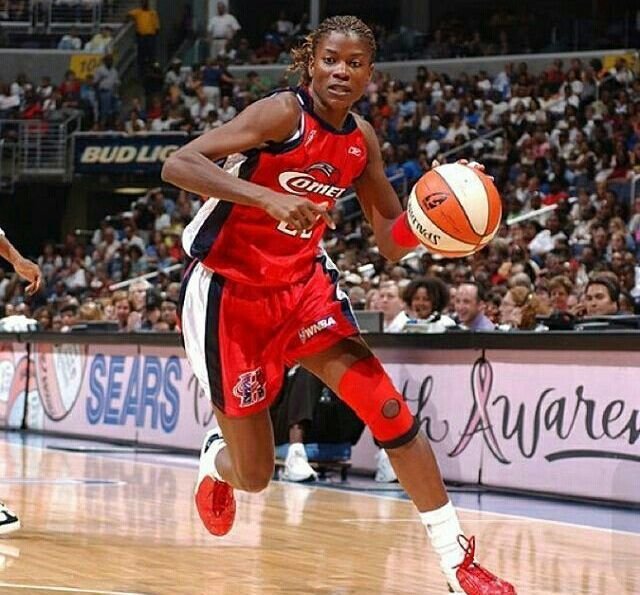 Long before Sheryl Swoopes became the “Michael Jordan of Women’s Basketball” she was winning a state championship in her hometown.

Born in Brownfield in 1971, Swoopes began dominating the courts as a student at Brownfield High School, leading the Lady Cubs to the 1988 3A state title.

From Terry County, Swoopes went on to play for the South Plains College Lady Texans before leading the 1993 Texas Tech Lady Raiders to an NCAA Championship. While at Tech she was named the nation’s collegiate player of the year.

She then headed to the WNBA, winning four championships as a member of the Houston Comets. She also added three Olympic gold medals to an already impressive resume as a member of Team USA from 1996-2004.

Tuesday night before the Lady Cubs hosted the Roosevelt Eagles, Swoopes was back to be honored and have her high school jersey number retired.

While at Brownfield, Swoopes wore number 22 and 23. But she asked for number 23 to be retired. That’s the number she was wearing when the Lady Cubs under Coach Dickie Faught won their lone state title.

Tuesday marked the third time Swoopes has had a number retired. Her collegiate number 22 was previously retired by both South Plains and Texas Tech.

Swoopes was able to talk to Brownfield’s current athletes on Tuesday, saying she was thrilled to be back home in Brownfield where it all started.