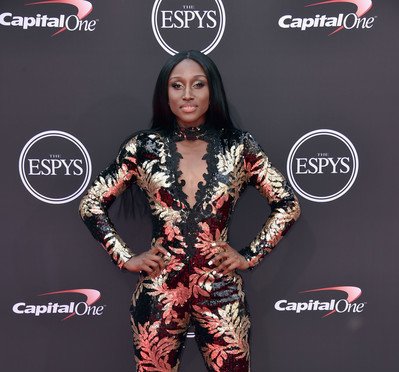 On Thursday, Marucci Sports announced AJ Andrews as the newest addition to their roster of professional athletes. AJ will contribute her insight to the softball product line including bats, fielding gloves and batting gloves.

Marucci partners with professional baseball and softball players who honor the game, and AJ Andrews fits that mold. By defying boundaries both physical and mental, her accomplishments shine on and off the field.

During AJ’s freshman season, the outfielder started for the LSU Lady Tigers and quickly became known for her diving catches, leading to an All-American title. She signed with the Chicago Bandits in 2015 and began her professional career with the National Pro Fastpitch League. By 2016, she was making waves.

AJ became the first woman in history to win a Gold Glove, the most prestigious defensive award in professional baseball and now softball. During her 2016 season, AJ joined the ranks of fellow Marucci athletes and Gold Glove recipients Anthony Rizzo and Buster Posey. She also received the Spikes Award for stealing more bases than any other player in 2016. Her impressive career lead her to be featured in ESPN Magazine’s Body Issue and was the first softball athlete to be featured in 10 years.

After breaking boundaries as a college and professional athlete, AJ set a new goal: inspire young girls to play the game she loves. “Marucci is a brand I truly see empowering women as ball players and ensuring their products are perfect for softball athletes,” said AJ. Now as an official Marucci partner, she can inspire young girls and women to achieve their goals and defy their own boundaries.