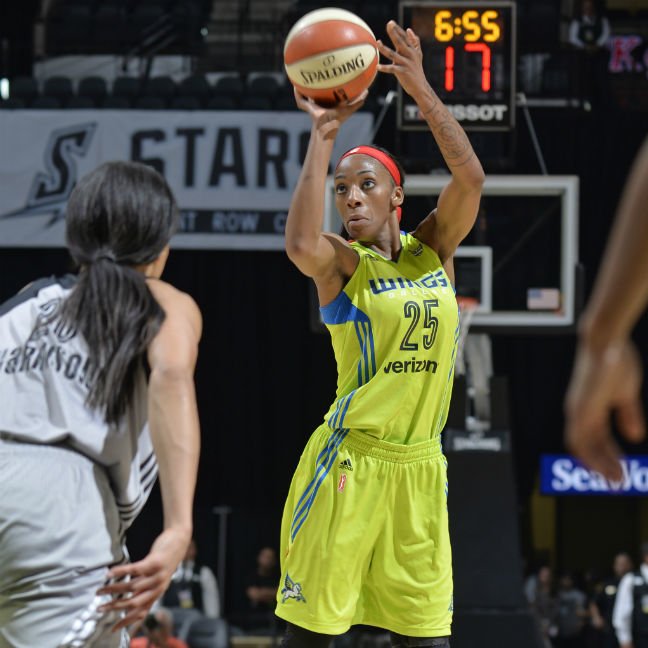 Johnson, a 6-3 forward out of Tennessee, was chosen fourth overall in the 2012 WNBA Draft, and played her first seven seasons in the league with the Dallas/Tulsa franchise.

“I want to welcome Glory, her twin daughters, Ava Simone and Solei Diem, and rest of the Johnson family to Atlanta,” Head Coach Nicki Collen said.

Johnson has scored at least 200 points in each of her seven seasons in the league. She is one of only 10 active players in the WNBA with at least 2,000 career points and 1,500 career rebounds, and one of only two players in history to have reached those milestones with fewer than 400 career turnovers.

“I am incredibly excited to coach Glory,” Collen said. “Her toughness and desire to compete at both ends of the floor makes her a great fit for our Dream roster. She came into this league as an incredible athlete who scored mainly around the basketball but has added a consistent 3 point shot. Her ability to rebound, handle the ball, and defend multiple positions gives us a versatile weapon to utilize in a variety of fun ways.”

The Atlanta Dream will tip-off their 13th season in the WNBA on May 15, 2020. Atlanta holds the No. 4 pick in the 2020 WNBA Draft. The organization, who will play its home games at the Gateway Center Arena @ College Park, has qualified for the WNBA Playoffs in nine of its first 12 seasons.