Adrian Griffin is helping his kids reach their Division I goals 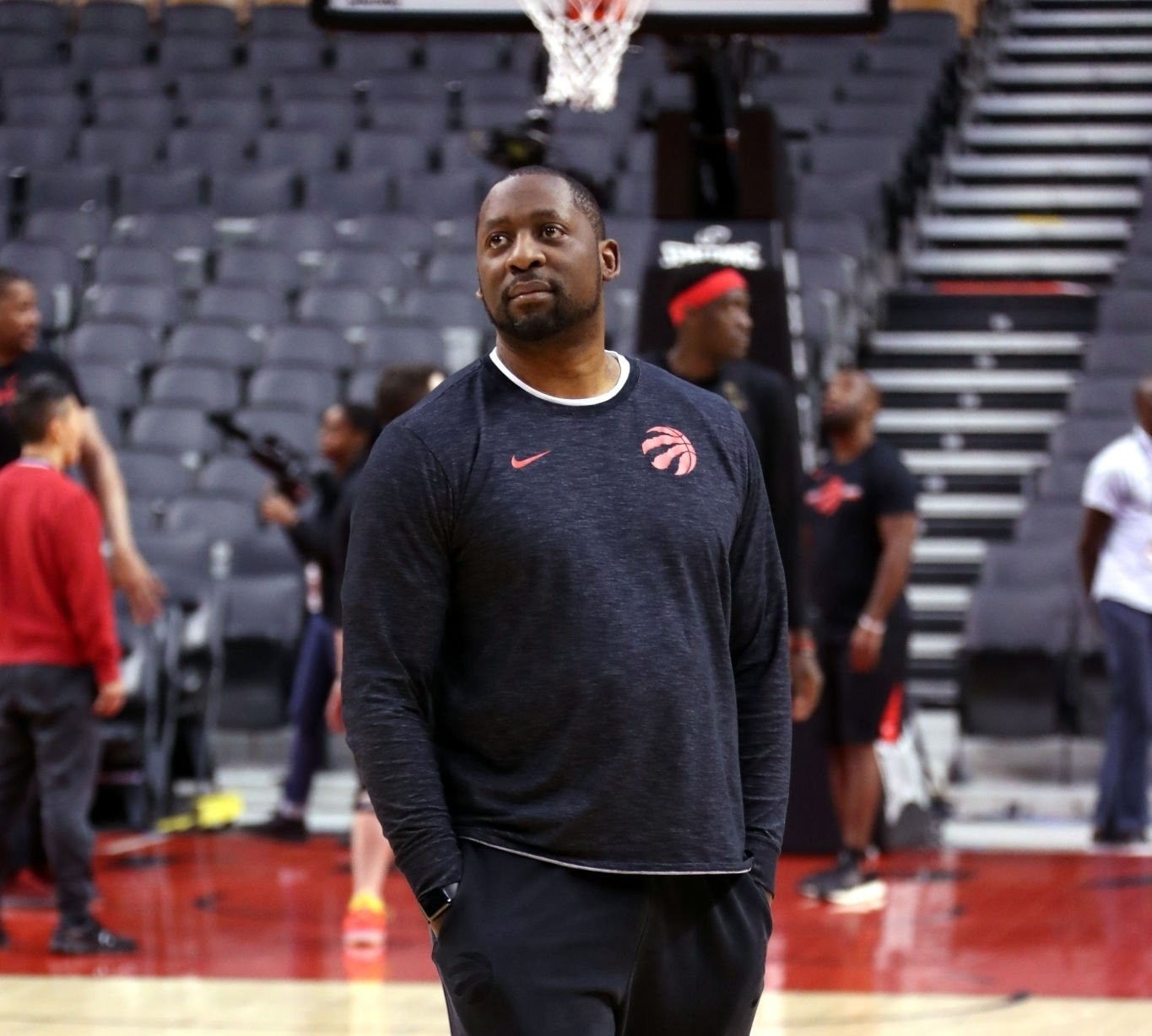 Earlier this month, with a short and simple video shared via Twitter, Adrian Griffin Jr. became the first player from the Class of 2021 to publicly commit to Duke. Within the first 10 seconds of the clip, the 5-star wing said, "I want to thank, first and foremost, my family."

And it really is some family.

If the name sounds familiar, it should -- because Adrian Griffin Jr. is the son of 10-year NBA veteran Adrian Griffin, who is now an assistant with the Toronto Raptors. So AJ, as he often goes by, is on track to be the next son-of-an-NBA-veteran to flourish in college at the same sport, just like Cole Anthony, son of 11-year NBA veteran Greg Anthony, is flourishing right now at North Carolina.

But things don't stop there.

Adrian Griffin's oldest son, Alan Griffin, is a sophomore at Illinois averaging 8.0 points and 3.7 rebounds in 15.0 minutes per game. And one of his two daughters, Aubrey Griffin, is a former McDonald's All-American and current freshman at UConn who played 19 minutes in a season-opening victory over Cal. So, based on this trajectory, Adrian Griffin will, in the 2021-22 season, have one son playing at Illinois, another son playing at Duke and a daughter playing at UConn. He'll then become the first father to have children play for arguably the best men's basketball program (Duke) and the best women's basketball program (UConn) at the same time.

How awesome is that?

"As a father, the No. 1 thing that you're most concerned about is are [your children] good people -- are you raising young adults who will be able to contribute to society in a positive way?" Adrian Griffin explained. "I think that was the first thing that I ever wanted for my kids. And then the sports is just the icing on the cake. They are unbelievable athletes — far better than I was, especially at their age."

This all started many years ago.

Griffin's daughter initially fell in love with soccer and didn't really embrace basketball until middle school -- which surely pleases Golden State Warriors coach Steve Kerr, who recently said he thinks all youth basketball players would benefit from also playing soccer. But the boys? The boys were hooked early. And Griffin gave them all clear choices from the jump.

"I told my kids if they just wanted to play ball for the fun of it, that was their right, and that I would support them 100%," he said. "But I also told them that if they were serious about being basketball players, and if they wanted me to help them, that they would have to take it seriously. And they did."

"Parents who played professionally are able to give their kids a little more insight into what it takes to make it -- and I think it gives them an advantage."  Adrian Griffin

What's not lost on Griffin is what I mentioned at the top -- that his three children who are already accomplished athletes are also the children of a former professional athlete. He doesn't believe that's a coincidence as much as it's a contributing factor, and it's something professional franchises actually take into account these days in the evaluation process because they also believe there's a connection. Just look around the NBA. It's filled with the sons of former professional athletes -- from Stephen Curry to Andrew Wiggins, from Jaren Jackson Jr. to Al Horford, from Devin Booker to Kevin Love and on down the line.

Some of the very best to ever do it, in basically every popular American sport, have been raised by professional athletes. And, having lived it himself, Griffin doesn't think that's an accident.

"Parents who played professionally are able to give their kids a little more insight into what it takes to make it -- and I think it gives them an advantage," Griffin said. "[My children] were always around sports when they were babies and kids; I would take them to the gym and take them to games. So they were exposed to that type of lifestyle. And one of the things I wanted to do, that I attempted to do, is just expose them to what hard work looks like. So I'd take them to practices and let them sit there and watch professional athletes go about their daily business and show them the grit and the grind and what it takes to make it."

LaVar Ball, this is not.

And, just so we're clear, that's not to be interpreted as a shot at the last well-known father to have three children playing basketball at a high level. Whatever you think of the outspoken shoe-seller, Ball might next year become the first father in history to have two sons selected in the top-two of the NBA Draft. So it would be difficult to argue he hasn't done something right.

My only point is that Adrian Griffin is taking a different approach.

He didn't run his children's recruitments. He doesn't speak for them. You're unlikely to see him on national television, bragging about his children's abilities, making wild declarations, or anything like that.

He could in the near future, theoretically, have a son and a daughter lead teams to the Final Four in the same year while both play at historically strong programs and for Naismith Memorial Hall of Fame coaches. That's amazing. But the odds of Adrian Griffin jumping on national TV to yell about it seem pretty low.

"Parenting is hard -- and I believe LaVar is doing the best he can do under the circumstances," Griffin said. "I try to never judge anyone. I can only focus on what I do as a parent. But I think I take the same approach to it that I took when I played. I just really believed, when I played, that if I worked hard and played as hard as I could, that good things would happen. I've always kind of lived by that. So, with the kids, I always tell them that their gifts will make room for them if they put in the time and the effort. Hard work always pays off. So just keep your head down and grind. Like I said, I never knock anyone because there are many routes to success and there are many routes to the NBA. But I've just tried to share with my children the route I know best — and that's hard work and humility."